If you’re like me, you probably saw the word “singlehood” and you thought, hmm… I don’t think there is a word like that. If you are extra curious, you probably picked up your phone or computer and went to our very best friend “Google” to verify its existence.
Okay, those who know me, know I like making up words, so there really isn’t a word called “singlehood”… Just think womanhood, manhood, boyhood, girlhood, singlehood, marriage.. bet you thought I’d say marriage-hood….

For the sake of clarity, I am using the word singlehood as a reference to the time or period that we all go through from the late teenage years to the time we get married (for those who get married). For the last few months, I have been coming across quite a number of people in this phase, popularly known as “singles” and we have engaged in different conversations on different topics. But as usual, the conversation finds its way to the “are you single, why are you single, don’t you want to get married” territories and I’m like, Oh Lawdd.. not again!

Seems like once you mention the word single, the next thing that will mainly come out, 99% of the time is – marriage, partner, wedding, Bae, Boo…

One thing that made me ponder after a few of these conversations is the misconception about what being single actually is. From this misconception, comes the subconscious discontent with some of the single folk, at any slight mention or association with the word “single”. It’s like a taboo, a disease, an ailment or better still a social disability to call some folk single, even though they are actually single.

Like at church for instance, for whatever reason, you tell all the single people to wait behind for a meeting… (don’t know if this happens at your church)… The moment you hear that announcement, it is the single ones that will bolt out of the door as if it’s another Tom and Jerry episode.

And I’m thinking, for Pete’s sake, we know you’re single, you say you’re not! But why? Then you start hearing the excuses they give: “I’m married to Jesus, Bro Faith is on his way, so I’m not available, I’m single not searching (fair enough, but you’re still single)…
I guess it’s the general thought of “they are going to talk about marriage and I’m sorry, they don’t have my type here, no fish in this pond for me” that makes folks run for the hills.

So I’ve been trying to think and figure out why most people who are single, don’t like to be called or seen as single?

Single.. Defined
I think first of, they don’t actually know what being single means and is all about. If all you can think of is that being single is mainly a definition of your marital status, then you are grossly wrong.
The simplest way to define being single is “one”. Not two. Just one. You can add ‘not in a relationship’, not seeing anyone, not dating anyone and all other synonyms that go with it.

But “being one” transcends your marital status. You may not be dating or not be in a relationship, but you may not be “one at heart” – your heart may belong to Tom, Jack, Harry and Porter, or Linda, Lolinda and Lolita, depending on who you are or your experiences.

So being single is that period of time we go through from the late teenage years to the time we get married. It’s a time when we really do get to discover and know ourselves more, discover our purpose and path in life, develop our core values, character and behavior, build the first level of the foundations of our lives, which could largely determine the course of the rest of our lives (except in cases where there is some sort of divine intervention).

Singlehood is not a time to be endured but enjoyed. But like faithful humans that we are, no one really tends to like season or hood they are in. A 12year wants to be 13yrs and calls herself 12 and a half years,

the 53-year-old woman says she ain’t 53 but 35yrs (she’s been using the wrong dose of Botox). The single person is longing to be married, praying to God that He’d show some mercy ‘cos she doesn’t want to watch the Notebook all by herself again, whereas next door, the married woman is saying, God, you woke this man up again this morning, but why???

It all depends on what perspective you’re looking from.

I have heard quite a lot of folks, both male and female, go on about the “must haves” and “must bes’” of the person who will be worthy to be called their future partner. He must be this, he must have that, she must be this, she must be that and I’m thinking, “Jehovah God, I think you may have to get your tools out and form this new being out of the sky”. Then I now ask, “so if this person must be all of that, what exactly are you bringing to the table? What value(s) are you adding to the person? Can you or your character handle all that you are “demanding”?

One thing that is important to note is this: a huge part of our character, belief system, personality and behaviour is formed and solidified in our singlehood period.
Folks be like “I’m waiting for Bae”.. Okay… So what are you doing while you’re waiting for this Bae?
That’s the time for you to work on yourself! Develop a character that will be able to “carry and sustain” the demands of being joined to another person.

Develop and learn traits that a prospective partner will see in you and will want to be the one that changes your status from being single to married if that’s the stage you are at.
Everything is not about money, fame, material things, status, achievements, qualifications… All of those in the bag, coupled with a personality that is not nice, caring, but nasty, proud, arrogant, mouthful is not an appealing resumé to have as a single person.

Your singlehood period is a time to explore your strengths, work on your weaknesses and be a person that will end up adding value, not a liability or one that’s being tolerated just because.

Purpose
The singlehood period is usually the time a lot of people will discover their purpose. Purpose brings focus, focus brings direction, the direction will require some sort of action, actions will bring results, results will bring satisfaction, achievements and fulfilment.
Basically, you find what you’re living for, what you’ve been made for. You may not find everything (I don’t think anyone does at this point) but with whatever you find out to be your purpose, you will realise that it gives you a drive and determination to do and achieve something in life.

A man or woman who doesn’t know what his/her purpose is in life will be everything but not that one thing they were made to be. And when you end up being what you weren’t made to be, you really haven’t been “successful” by the standards of the One who’s made you! It would be a dangerous adventure to be coupled up with someone who doesn’t know their purpose, isn’t working on discovering it and is just going with the flow… A rolling stone gathers no moss… 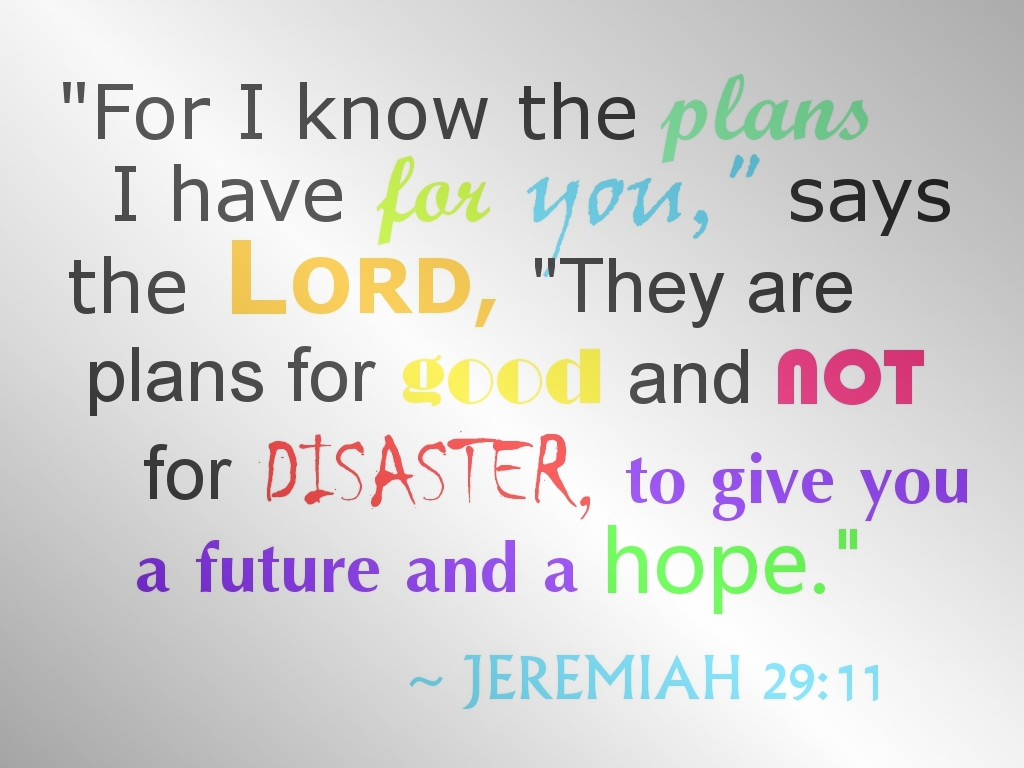 I’ve had numerous conversations and sessions with folks on this issue. And I can only say I understand this quite well, as I have had to learn this myself.

Often times during the singlehood period, seeing that it’s the period where some of our core personal values and beliefs are formed, I have seen quite a number people build up a portfolio of preferences for themselves at the cost of building good standards and sticking to them where and when it matters.

For example, everyone has a “list” of the kind of person they would like to date or marry. And this is even something some folks have stored up mentally, without writing the list down.
I remember there was a time, quite a while back, that I said to myself… “I’ll only date or get into a relationship with someone who is into music, can sing well, has her own hair (even if they patronize the hair extension shop a lot), must not be below a certain size and above a certain size (not look like they are quite unhealthy)…. you know.. the list goes on. And for quite a while, I ran with the mandate. Boy!…. Let’s just leave it at boy!

But little did I realise that all of these attributes were preferences of mine, which really, are shaped and moulded by elements such as what’s in fashion, taste, the current state of mind, outlook, sometimes age, friends, exposure etc.
The problem with that is that these elements are “temporary” and are quite subject to change without notice! You may have a preference that was developed in you based on how you were feeling at a given point in time but then given a short time, you may lose the desire for that preference.

I remember after watching the film Bend it like Beckham, I was so convinced that I had to end up with someone who had some mixed Indian background (whether British Indian or American Indian)… Some crazy thought that was, seeing that my life never even interfaced with any other ethnic folks apart from Africans….

On the other hand, having and running with personal standards (which are normally intangible and possibly eternal) would have been the right way to go, because these rarely tend to change come rain come sunshine. You can think of standards as things that are quite non-negotiable… God fearing, kind-hearted, courteous, respectful, mindful, hardworking, family minded etc… you know… those things that are character traits, that last long…

Sadly, I have known a few people who didn’t get to do single-hood right and have run off chasing after preferences and ended up in situations that they wish and long to have their single days back, so that they can relive it and make better choices. 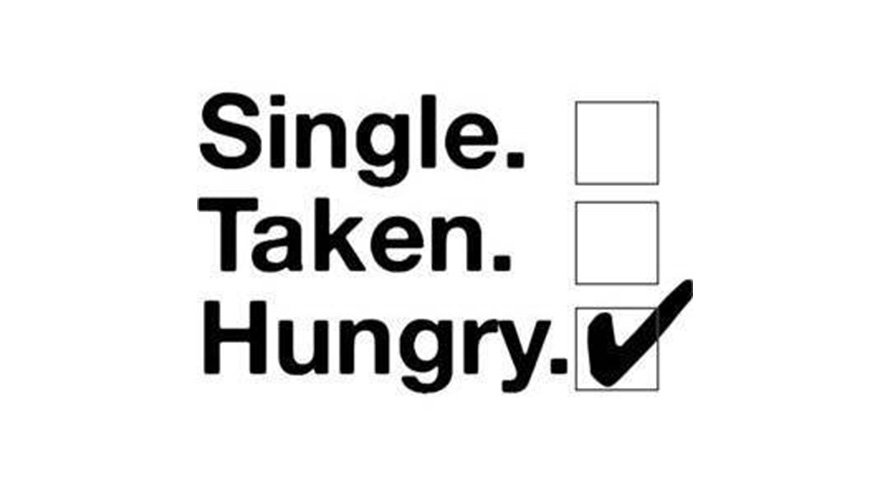 Enjoy being single!
Being single isn’t a disease. It is a time to celebrate. So if you are single, enjoy this period! It won’t last always! Travel, work hard, do something, achieve much, discover yourself, work on your person (character, behaviour, beliefs and values) to become someone who adds value to another (if you are the type that wants to get married at some point).

Above all, love God and serve Him with all that you are and all that you have.
I say to my folks – ladies love God and hide yourself in Him well, you won’t need no man to come validate you or be swept away by the sweet nothings and mere words of men. Simply because the one that is yours will be one that will have to love God equally and when he does love God, he will be given access to you, to find you, in that place, where you’re well hidden in God. 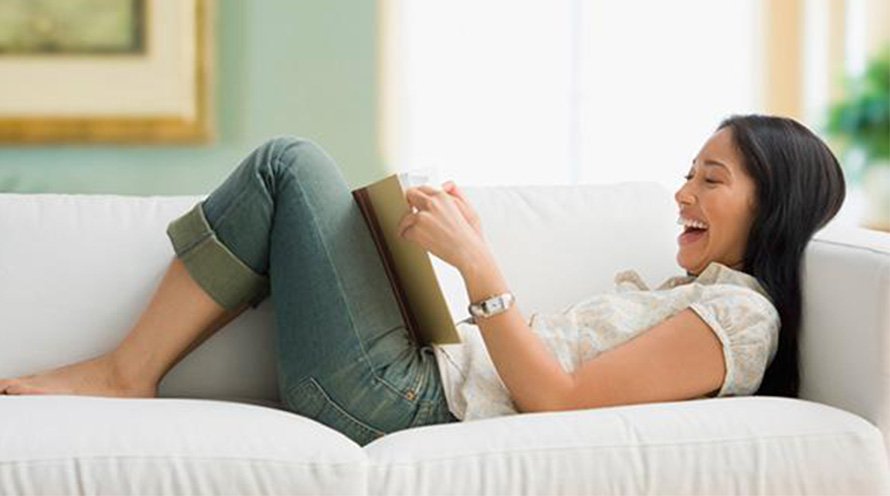 It’s time to say goodbye.. but you can’t, ‘cos you love him/her

I find out that @ThreeUK has been taking out a direct debit from my account for a contract I didn’t take out for 10yrs! Over £2,200 taken out of my account.. they say, it’s fraud, misselling, but won’t refund the money and I should take it up as a civil matter